Mercury pollution is an emerging threat for St. Lawrence River ecosystems reaching from the Great Lakes region, of the U.S. and Canada, to the Gulf of St. Lawrence in the Québec province of Canada. As this mercury is transformed into a more toxic form, called methylmercury, the health of Canadian and U.S. communities that rely on this river for drinking water and fish is threatened.

As a NC State University senior in Environmental Sciences with a focal area in ecotoxicology, I take great interest in aquatic ecosystem interactions with harmful contaminants, and through my internship with the Water Resources Research Institute (WRRI), I have caught glimpses of impactful, ongoing aquatic research that inspired me to apply my own interests in the field of research.

Along with the lab team I joined, consisting of another REU student and two graduate students, I aimed to identify which zones of St. Lawrence River wetlands experience the most methylmercury production, and the impacts this methylmercury may have throughout the food chain.

Historically, industrial processes from the Midwest generated atmospheric mercury and sulfate byproducts carried by the wind and eventually deposited in northeastern ecosystems, including the wetlands of the St. Lawrence River. Hunting for a way to measure this mercury, I found myself traveling 30 minutes to and from a St. Lawrence River wetland site at Coles Creek State Park (Waddington, New York) with my lab team, collecting insects and gastropods. Being easy to collect and abundant in our wetland site, amber snails became the main organism used in my study.

In the vadose zone, the water level fluctuates, causing the oxygen level to fluctuate along with it. This means the vadose zone can play host to more chemical changes than in the zone submerged in water for most of the year. Therefore, my lab team hypothesized the vadose zone would have sulfate-reducing bacteria transforming mercury at a faster rate than the rate of transformation in the wet zone. As such, we would expect to find a higher mercury concentration in vadose zone snails than the wet zone snails. 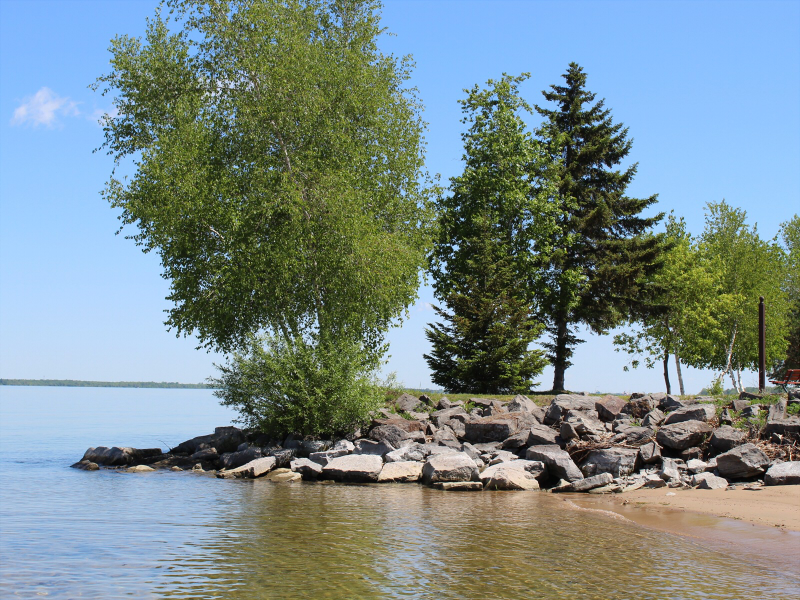 The edge of the St. Lawrence River at Coles Creek State Park

The mercury in the environment is not precisely the result of any intentional polluting. Instead, it is the unintended result of rapid industrialization and well-meaning water management plans. In 1963, the International Joint Commission (IJC) established a water regulation plan called 1958-DD, keeping water levels unnaturally stable to accommodate for the construction of the Moses-Saunders Power Dam. Consequently, the lack of fluctuating water levels led to the retention of mercury and sulfate within the soils and vegetation of the wetland.

As water levels remained still, cattails began to grow in abundance, choking out fish nurseries. Due to a rising concern from the loss of fish biodiversity, the IJC issued Plan 2014 in an effort to revert the river’s hydrology back to its natural state.

However, the fluctuating water levels now stimulate methylmercury production through sulfate-reducing bacteria, which are capable of transforming mercury to methylmercury. This form of mercury is a potent neurotoxin and has the potential to move up food chains to top predators, such as humans.

Mercury that has not been transformed is less bioavailable, meaning it can be naturally removed through an organism’s waste, while methylmercury is more bioavailable, as it is more likely to stick to the proteins in an organism’s body. Using this knowledge in my research, I inferred that the zone with higher rates of mercury transformations would be the zone where snails have the highest mercury concentrations in their bodies.

Essentially, this means that the vadose zone of the St. Lawrence River wetland is a potential hotspot for mercury to become more bioavailable and, thus, move more easily up food chains. 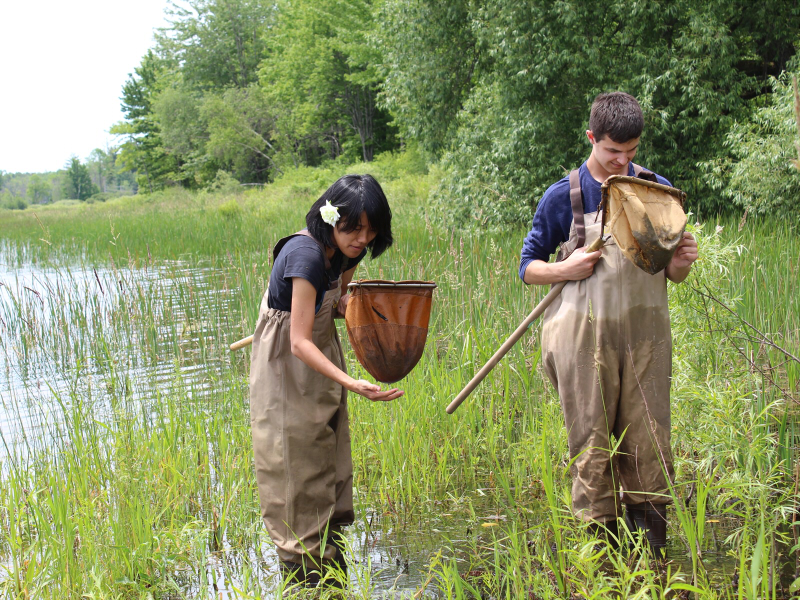 My co-researcher and I wade through the wet zone to collect samples. 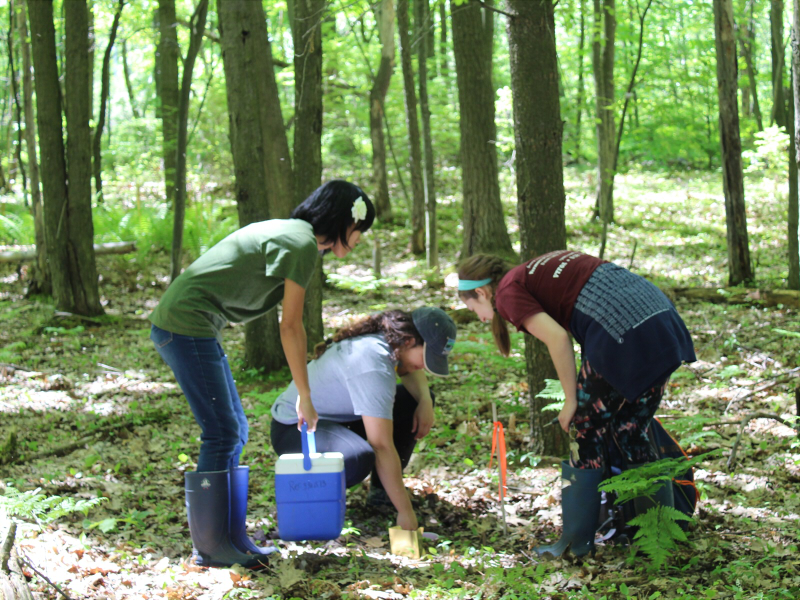 My research team collects samples from the vadose zone. 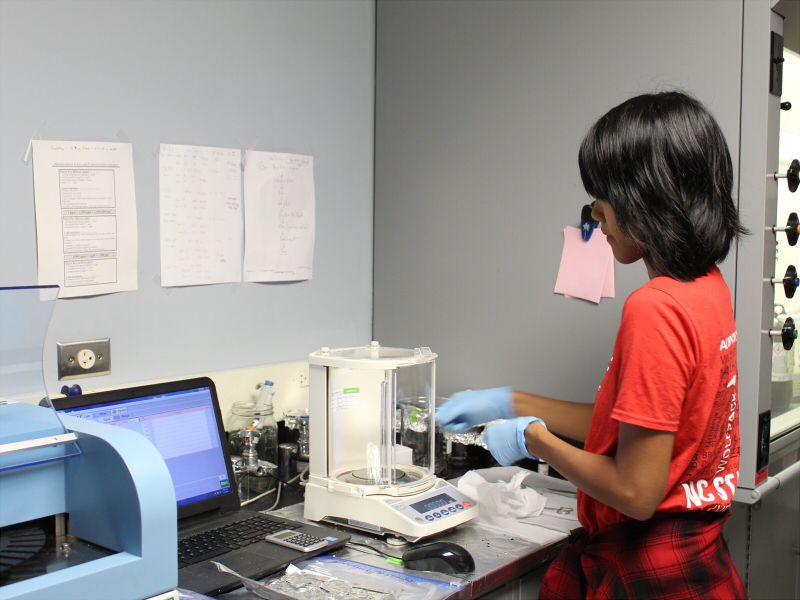 Spending some late nights in the lab, I use a DMA-80 to obtain my research data.

Overall, this research serves as a warning regarding other dams; unintended consequences may arise when controlling a river’s water level, and results may vary based on the local contaminants present in the waters and wetland soils. Ultimately, my lab team aims to use our research to help provide scientific data useful to the IJC when making decisions governing the St. Lawrence River.

As an aspiring researcher with interests in influencing policy-making decisions through research, this REU experience proved to be extremely valuable to my growth and my post-graduation goals. Through this experience, my long-term interests in studying contaminants in aquatic ecosystems have solidified, and I hope to use what I have learned to one day aid those whose water resources are impaired by pollution. I hope particularly to join my scientific research goals with my own personal goals of helping low-income, minority communities facing environmental injustices in the future.

In order to further strengthen my knowledge and skills in aquatic ecological research, I now aim to pursue a Ph.D. and hope to one day obtain a government research position in which I may achieve my long-term goals.